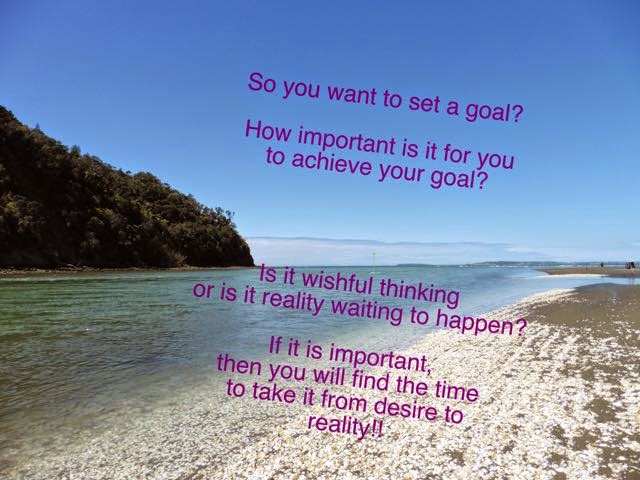 Day two of the challenge, and I have decided that if I am to keep myself motivated, then it will be smart to set a goal.   Even smarter, is to use the GROWTH coaching model to do so.

It is interesting actually, because initially I had thought I would not have much to say, but the reality is, I spent most of last night awake with a multitude of ideas buzzing around my head, much like a swarm of agitated bees, frustrated that sleep seemed far more important than scribing.  In theory I could have scribbled some of the ideas down, and whilst I dabbled with the idea, the effort seemed more than my tired limbs could manage.

However, I digress.  Back to the notion of setting a goal.

Firstly, let me explain GROWTH.  Similar to the GROW coaching model that most people know about, the T and the H are the adaptation on the GROW model.  Their addition to the model helps to put practices in place that keep a coachee on track and motivated.

In short, GROWTH stands for Goal, Reality, Options, Will, Tactics and Habits.  Applied to the 28 days of writing challenge, the GROWTH model is:

What do I need to achieve?
By the end of 28 days, I have completed 28 days of writing for 28 minutes at a time, so that I can improve my writing skills, find my inspiration and become ingrained in the habit of regular writing.

What do I need to achieve?
The reality of the situation prior to taking up this challenge is that I had become a little preoccupied with making sure that every thing I wrote was more complicated than it needed to be, and as a result, I had become reluctant to invest the energy and time needed to get back into being habitual about writing.  In essence, I had forgotten my motivation for writing in the first place - which was to stop the swarm of busy bee thoughts from consuming my brain each day.

What could I do?
The options for achieving this goal could include figuring out what time to write, when, where, and about what to write about.  I could write early in the morning, make sure I write down my ideas as they pop into my head before them become an angry swarm, and I could ask others for ideas.

What will I do?
Good question.  After reviewing the options, I will do the following:
- Write each day in the evening (unless I have a meeting) for 28 minutes - starting yesterday
- Write down ideas as they come to me during the day (it would be a shame to miss a nugget of an idea all because I was having a lazy moment) on my phone, on the note pad.
- Seek a way of recording the 'buzzing' ideas when they swarm at night (when I am meant to be sleeping) in a way that will not wake Technoman or mean that I will end up getting distracted and start writing!

What tactics will I need?
I think a good tactic for me will be using an online timer - this will keep me on time and stop me from getting anxious about timings.  In addition, I can use the timer and press pause when I get interrupted (only 3 times so far - one less than last night).   Being able to press pause (I hope that is not cheating!!) will ensure my tendency to be a control freak won't 'freak out' as the timer counts down because I can only focus on how much time was interrupted!  This should eliminate that.  Besides, I really am trying to live more in the moment, so hitting pause to focus on the family can't be that bad a thing!

What habits will assist me to achieve my goal?
Actually sitting down at a similar time each night, reminding family that it is only 28 minutes and just doing it!

What might get in my way?
I think I may have covered that under tactics and I may have come up with a possible solution re the pause button - pun unintended, but only TIME will tell.

Finally, a quick run through with ISMART to check the goal is workable.

I - is the goal inspiring?  Yes!
S - is the goal specific?   I believe it is very specific!
M - is the goal measurable?  Yes!  In theory there will be 28 consecutive blog posts.  (no pressure)
A - is the goal achievable?  Hmm yes (can you see the tentative way I typed that??)
R - is the goal realistic? Hmm see above answer for A
T - is the goal time bound?  Absolutely!

ps I was going to add in the links to my other coaching posts but I seem to have skirted pretty close to the winds of time tonight - so I am afraid dear reader, that you will just have to go hunting for them yourself!  (Incidentally, they are fairly recent so a small hint would be check under January...)

Posted by Principally Mused at 11:18 PM